Baldness, Micropigmentation and Other Alternatives

There are some celebrities that, if you picture them in your mind’s eye, it’s hard to imagine what they would look like if they had hair. For some post-hair actors, like Patrick Stewart for instance, being bald is a ubiquitous part of their look.

This ‘bald look’ is also very often associated with the ‘tough guy’ character. Would Vin Diesel or The Rock look just as physically mean and imposing if they had a full, thick head of hair? 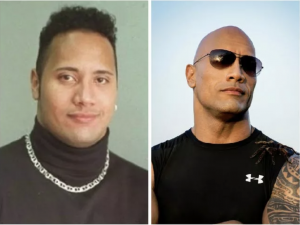 Being completely bald really can add to that ‘don’t mess with this guy’, hard man association. After all, if they’ve already survived the trauma of losing their hair they must have a level of inner strength that’s already been tested! A recurring extra trick is the goatee look. If you can’t get hair on your scalp, don’t worry, just make sure you can have it on your face. And it all adds to the ‘tough guy’ look. Think of Breaking Bad’s Walter White. When he had a full head of hair he was a pushover and lacked in confidence. He was the personification of a weak man. With the bald look and the goatee, he embraced the dangerous yet confident Heisenberg alter ego. Although perhaps that character did take it a bit too far! 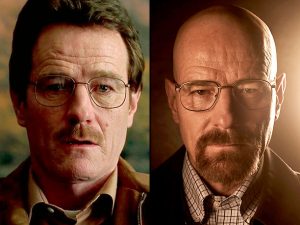 It’s not an easy task to let go of one’s hairline though. It’s a little known fact, but even Patrick Stewart wore a toupee to auditions for years before he felt comfortable letting it go. Just imagine the Captain of the Starship Enterprise wearing a toupee!!

However, being bald just isn’t for everyone. There is a direct and clear association with the virility of youth and having a full head of hair. To many, having hair is just a symbol of ageing and a lot of men will cling to the last of their strands of youthful symbolism, no matter how awful it looks. I don’t have to mention a certain businessman come President to demonstrate how unattractive that method can be. 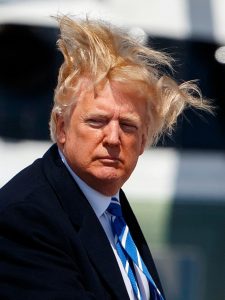 It’s a painful experience to lose your hair. It can lead to anxiety, a loss of confidence and in some cases depression. There is a new trend gaining traction in scalp micropigmentation, otherwise known as the hair tattoo. Scalp micropigmentation is cheaper than the hair transplant alternative and unlike a toupee will never fly off when caught in a breeze.

Those who elect this option can choose from a hundred shades of ink to best match their natural hair colour and skin tone. The procedure then takes two to three sessions, each one about three hours long. Celebrities such as Quinton Fortune and Nicky jam have both had this elective.

Not everyone is happy with the results of micropigmentation, though and there are many horror stories of unnatural hairlines, and bodged jobs where blended inks were not used, detracting from a natural look. And, as natural looks go, it’s only one that works from afar. Up close and personal, the truth is unavoidable.

So if you don’t think you are someone who can pull off the bald look, and you want something more than a scalp tattoo, seriously consider hair transplantation surgery. The hair is taken from the back of your own head and transplanted into your scalp. There is no illusion, it’s your real, actual hair and will look it.

For more information about the various options that are available to you, contact the Toronto Hair Transplant Centre.