Although minoxidil and finasteride are the two hair loss treatments that have been FDA-approved, they’re not the only treatments available. Below are two treatments that many men have found to help in their battle against hair loss.

HOW TO CARE FOR OUR HAIR & HAIR FOLLICLES.

Won-Soo Lee is a Professor of Dermatology and Director of Institute of Hair and Cosmetic Medicine at the Yonsei University Wonju College of Medicine in Wonju, Korea. His research interests include hair photoaging, integral hair lipid, hair cosmetology, and hair neurobiology. He has been the recipient of many research grants, awards and honors. He has served as a principal investigator on numerous clinical and experimental studies. Dr Lee is a secretary general of the Korean Hair Research Society, a board member of the Korean Dermatological Association and a member of the European Hair Research Society.

Male pattern baldness (MPB) is a common, androgen-induced, progressive disorder in genetically predisposed subjects. Human skin, sebaceaous glands and hair follicles contain the 5 alpha-reductase (5AR) needed to convert testosterone to dihydrotestosterone (DHT), the primary androgen responsible for MPB. Preclinical and clinical data from Phase I and Phase II trials conducted in MPB indicated that dutasteride is a selective inhibitor of both Type I and Type II 5 AR and is well tolerated at doses up to 2.5mg daily for six months.

The aim of the study was to compare the efficacy, safety and tolerability of dutasteride 0.5mg daily with placebo for 6 months in Korean male subjects with MPB in the vertex region, types IIIv, IV and V according to the modified Norwood-Hamilton Clssification.

This is a randomized, double-blind, placebo-controlled, parallel group, multicenter study. One hundred fifty three men, 22 to 49 years old, were randomized to receive dutasteride 0.5mg or placebo daily for 24 weeks. After 24 weeks of drug administration, all subjects were followed up for additional four months.

There was no significant difference in baseline demographic characteristics between two groups. In terms of primary outcome, i.e. Hair growth assessed by phototrichogram (hair count) in the vertex at 6 months, dutasteride 0.5mg group showed significant superiority to the placebo group as follows: hair count difference between dutasteride and placebo group (95% CI) = 7.54+20.37(0.75, 14.33). Among secondary efficacy endpoints, there were significant differences between groups in following endpoints: subjects’ assessment at 6 months, panel photographic assessment of change in hair growth of the vertex at 3 and 6 months (p<0.05). There was no significant difference in the incidence of adverse events and adverse drug reactions during treatment.

The study demonstrated that dutasteride 0.5mg/day administered for 6 months was well tolerated and slowed the progression of hair loss and increased hair growth in Korean men with MPB.

Hair transplants aren’t a new thing anymore. In fact, what’s probably more ‘news’ about them is the fact that people now talk about them without

Dr. Robert Jones: All right. So we’re just over six months post-op and just by looking initially, it looks like you have a lot more 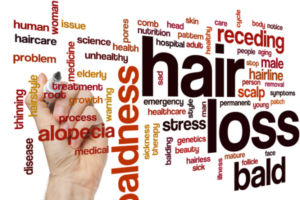 What’s the Earliest Age a Man Can Have a Hair Transplant?

While the rules are not written in stone, reputable hair transplant surgeons generally agree that it’s probably not a good idea to have a hair

Dr. Huber completed his training in medical and surgical hair restoration under the direct guidance of Dr. Robert Jones, one of the world’s most influential, experienced, and trusted hair restoration surgeons.